“Wood manufacturing matters – especially in the regions” was the title of the Wood Processors and Manufacturers Association (WPMA) one-day conference held in Christchurch on Thursday, April 4th 2019.

And on hand to support the cause, Jason Ross, Responsible Wood’s Marketing and Communication Officer, was busy mixing with New Zealand’s wood processors and manufacturers, promoting the all-important chain of custody message.

“PEFC in New Zealand growing at a rapid rate, especially in forest area.” 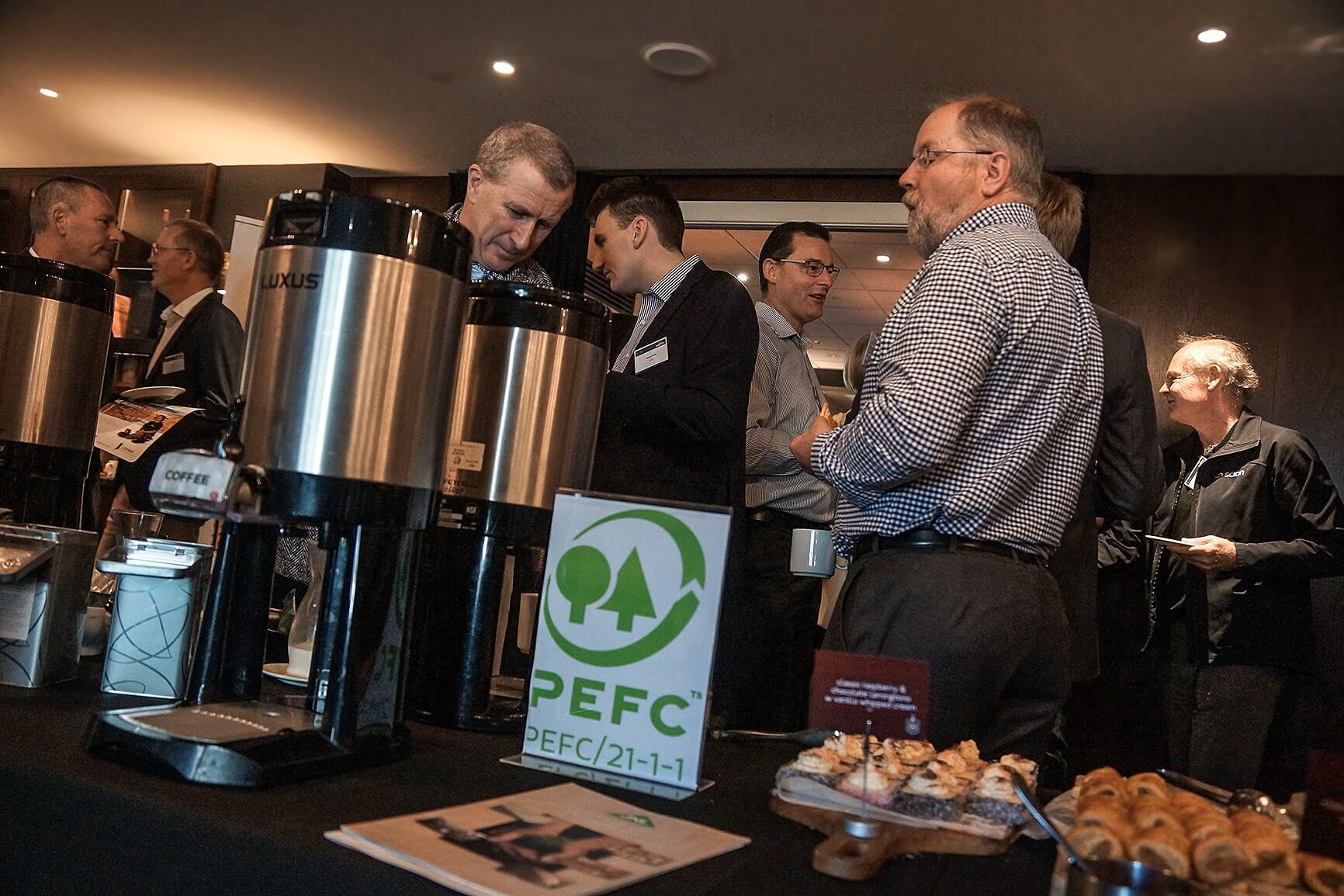 PEFC certification, a major discussion point at the conference

“For wood processors, manufacturers, merchants, traders and retailers, Chain of Custody is king, it provides processors and manufacturers with a gateway to global markets,” Mr Ross said.

“PEFC has strong recognised schemes in many of New Zealand’s largest export markets including Australia, South Korea, Japan and the United States of America.”

“For companies that have Chain of Custody, the PEFC trust mark is a commitment to procure and use timbers that are sourced from forests that meet the New Zealand standard for sustainable forest management.”

“And when it comes to demonstrating timber legality and committing to support responsible forestry using a scheme that meets the New Zealand standard is critical,” Mr Ross said.

For more information about Chain of Custody please visit the Responsible Wood website.