“Southern Queensland has more than 3 million hectares of private native forest but only 8000 hectares are certified. The wood message is working but much of the timber supply is uncertified and detrimental to the Responsible Wood message”

In a wide ranging interview veteran forester Sean Ryan has challenged the forest industry to practice what it preaches and do more to embrace forest certification. 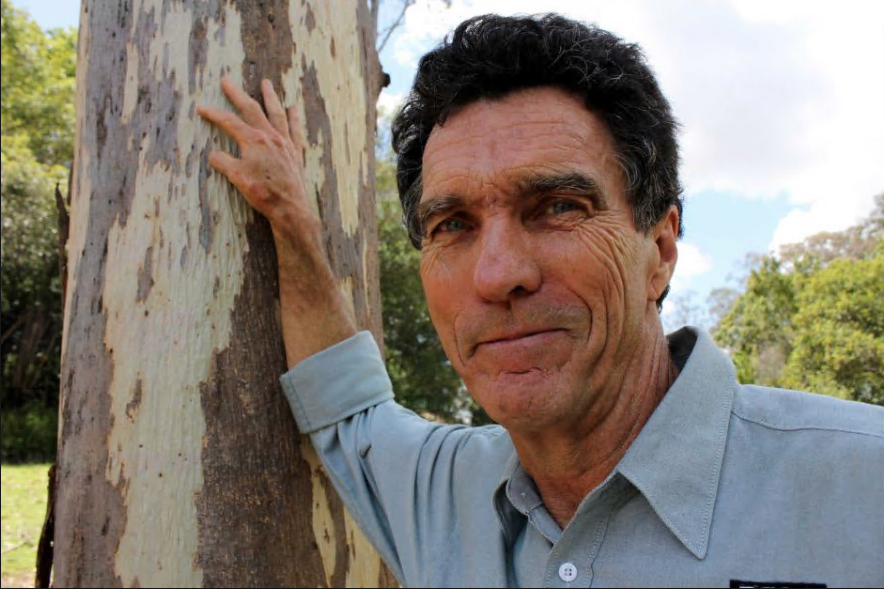 Broadening the Responsible Wood message (image courtesy of the ABC)

“It all starts at the government, local, state and federal governments have all failed to embrace the certification message,” Mr. Ryan claimed.

Originally one of the 18 Private Forestry Development Committees established with the support from the Federal and State Governments PFSQ is a ‘not for profit’ organisation covering a broad range of private forestry activities.

“The majority of our forests are a mixture of hardwoods – Spotted Gum, Iron Bark and Forest Red Gum – high quality timbers that are used in high end architectural applications Australia wide.”

“The timber is highly desirable but unless retailers, merchants and saw millers are ready to place a premium on forest certification it becomes difficult to build a commercial case to roll out certification to all private foresters.”

“We talk about Wood being Good, the Ultimate Renewable, but without forest certification there is no way to validate the sustainable credentials of the timber at its origin, in the forest,” Mr Ryan said.

A forester through and through, Mr Ryan has seen it all before.

“Despite the existence of favorable and preferential procurement policies, government has been derelict in enforcing these policies on the ground.”

A simple example is the new board walk in the much touted Noosa Biosphere where the timber decking has been fully imported from the Netherlands, in place of using a local grown and certified product. 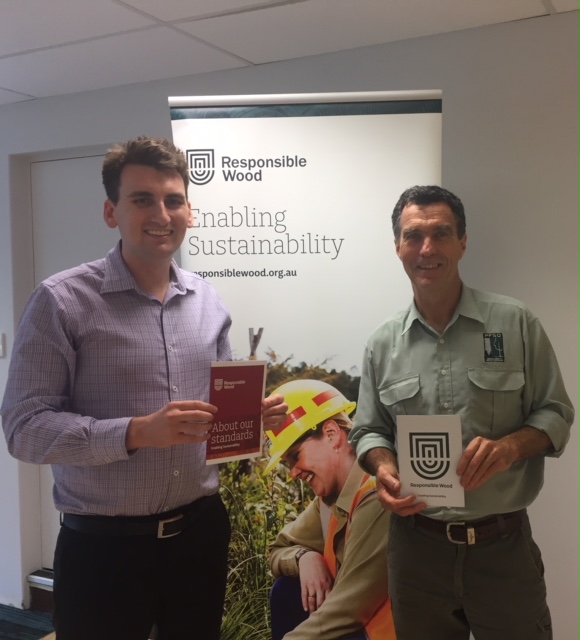 “Whether it’s an issue with training or education, government has been reluctant to specify forest certification on government funded projects. This has a flow-on effect through the timber and forest supply chain to merchants, saw-millers and to foresters which is highly damaging,” Mr Ryan said.

Whether this changes now or in the future remains to be seen. However recent changes policy have reinforced the importance of third party forest certification in government procurement.

Under the terms of the Public Governance, Performance and Accountability Act (PFPA 2013) and more recently the AS ISO 24000: 2018 Sustainable Procurement Guidelines the Federal Government and State Governments have stated willingness to preference timber that meets Australian Standards.

Where government has been wanting, certain sections of industry has led the renewed interest in timber certification.

Thanks to the development of engineered timbers, specifically Cross Laminated Timbers, Laminated Veneer Lumber and Glue Laminated Timber, end-specifiers of building materials are being exposed to PEFC and Responsible Wood forest certification through the import and domestic use of timbers for commercial application. This has exposed more and more specifiers to forest certification which is flowing through to the timber and forest supply and value chain.

As the only forest certification scheme that meets an Australian Standard, the Responsible Wood ‘trust mark’ provides third party validation for all timber at the source, in an Australian forest, and through the supply and value chain.

“Ultimately it is the only scheme that ensures that hardwood sourced from Southern Queensland and Northern New South Wales native forests is the ultimate renewable,” Mr Ryan said.

Find out more about the Private Forestry Service Queensland through PFSQ.net