AUSTRALIA is stuck with a seemingly impossible problem when it comes to expanding the nation’s plantation estate.

The winning entry in a Timber&Forestry enews contest – held in collaboration with HQ Plantations, FWPA, and Responsible Wood – that asked young minds how the domestic wood fibre supply basket might be filled, has presented a proposal for better utilisation of Crown land to help increase the resource base for the production of timber and wood products across Australia.

Ballarat-based Leon Holt, district and planning forester for community forestry at VicForests was in Melbourne yesterday to collect his $1000 first prize in the contest. 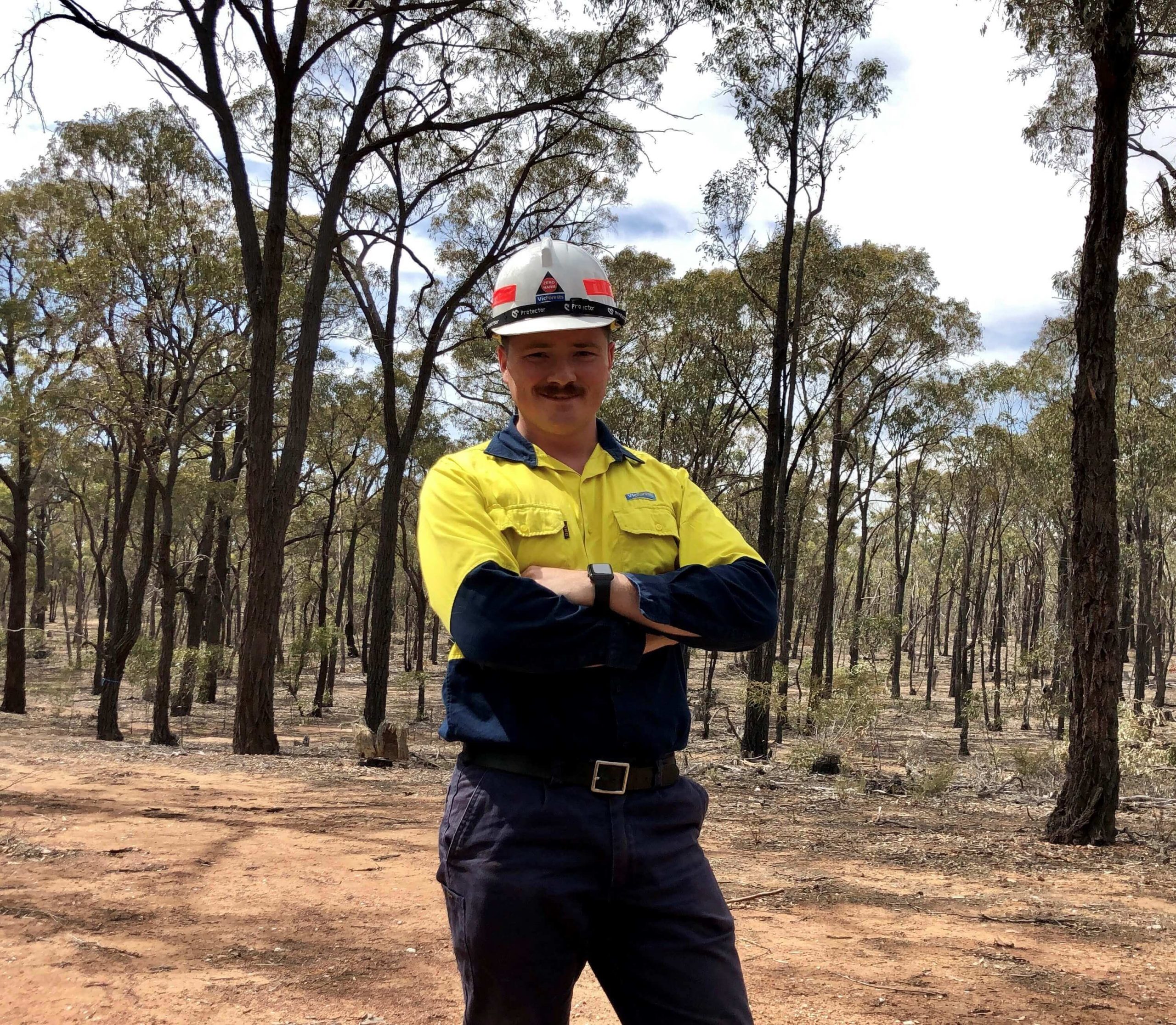 “It has long ceased to be acceptable to convert natural landscapes into production forests, but in recent years cleared agricultural land has also become increasingly inaccessible due to the perceived failure of forestry investment schemes in the past, and the current strength in markets for conventional agricultural products,” Leon said.

This means there are no large contiguous areas of productive land available for plantation development, as there has been in the past when the timber and fibre industry has faced domestic resource shortages.

“Such an impasse is hard to fathom,” says Leon, as Australia has one of the highest areas of forested and productive land per capita in the world.

“Nonetheless, without a dramatic change in the political climate, government policy settings, agricultural markets or public interest in forestry, these are the constraints within which our industry must find a solution,” he said.

So, Leon asks, if we cannot create large new plantations as we have in the past, through conversion of existing forests, large-scale land acquisition, or through incentivising private investment schemes, what is the pathway forward?

“It seems to be an intractable problem, but there are steps we can take to begin moving in the right direction,” he said.

“One possibility may be found in the substantial areas of under-utilised public lands located in jurisdictions across Australia. Unused Crown land includes all areas of public land which have not been set aside in a reserve or a state forest, or allocated to local councils and committees of management for other uses.  It includes large areas of cleared land, generally in small parcels scattered around the country.  Some are licensed for agricultural use or other applications, but many are not.”

Leon says many players would be important to the success of such a scheme – the commonwealth, state, territory and local governments would be key players and the forestry industry would have an essential role in ensuring that small Crown plantings are established only where they are likely to be economical.

VicForests’ operations are certified to the Responsible Wood standard which has been specifically developed for Australia’s forests and is endorsed and internationally recognised by PEFC, the world’s largest forest certification scheme.

Second place winner in the essay contest receiving $500 was Gabrielle Schiller, 18, of Brisbane, an undergraduate student at the University of Queensland working to complete her degree in communications and arts.

Gabrielle suggested an immediate way of increasing the domestic supply of wood fibre would be to involve communities and schools in the process.

“The first step is to find areas deemed commercially viable for the harvest of trees,” she said.

“This could involve looking into areas in timber bubs, and harvesting a greater number of trees outside of the plantations within the hubs.

“Rather than just harvesting a large area in one hub and disturbing the natural habitats of that area, the industry could harvest smaller areas in multiple hubs around the country, for example the Green Triangle and the Riverina.”

Gabrielle said to achieve sustainability, the industry should involve the community in a greater way in the process of replanting. By introducing programs in schools and involving school children in the replanting of the trees in surrounding areas, it would provide the community with education on the issue and promote a sustainable industry in the community.

This would gain the approval of the community and prevent the negativity that could arise against the harvesting of an increased number of trees.

“If more trees are harvested in commercially-viable areas around the country, and the communities are involved in the process, it would result in an immediate increase of Australia’s wood supply,” Gabrielle said.

The two placegetters also receive a set of book that included the popular ‘Trees that Call Australia Home’.

Both entries made valuable suggestions for plantation expansion that invited closer consideration by the industry.

Co-publisher John Halkett said the contest proved a tough ask requiring entrants to suggest how to fill Australia’s wood fibre bucket given the extended period of minimal new plantation establishment and other factors that were adversely impacting on domestic wood and fibre supply.

Mr Halkett said surplus funds from the competition would be donated to the Women in Forests and Timber Network to support the organisiation’s wonderful efforts in combating domestic violence.