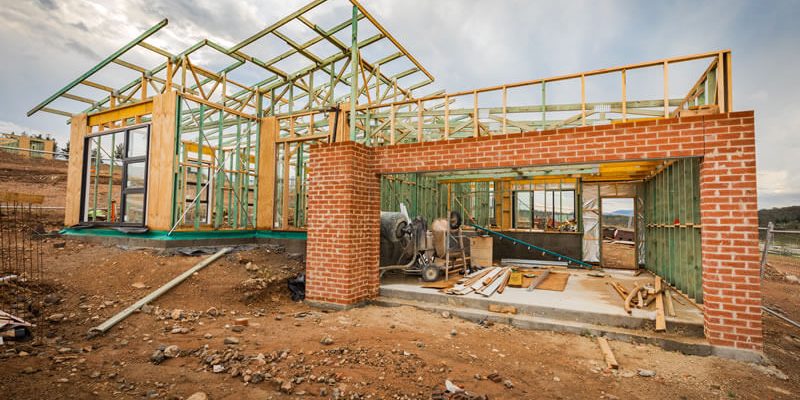 As featured by Timber Trader News

Certification on timber products can tell consumers a lot about what they’re buying, but as an industry, we need to be flagging its value more to our customers.

You’ve probably seen the Responsible Wood and PEFC logos on timber products. But how much do you know about what they mean? As more consumers focus on sustainability as part of their buying decisions, these logos tell a strong story that is highly positive for the wider industry.

PEFC is the world’s leading forest certification system. It runs as a global, not-for-profit alliance of national certification systems. Responsible Wood operates along the same lines to guarantee sustainable forestry, but additionally certifies that a product is Australian grown and produced.

“When you see those labels,” says Jason Ross, marking and communications officer at Responsible Wood, “each will have an individual certification mark. If you plug the certification mark into the responsible Wood or the PEFC database, you’ll find out about the source of the claim on the label. For example, which company or timber merchant is making the claim, potentially the species and type of product, and its certification details, which cover the supply chain as well.”

The certification systems for both are based around sets of interlinked standards designed to protect forest resources and biodiversity. PEFC certification ensures the trees are legal species, grown and harvested with care and protections for the local environment and workforce (issues such as labour form part of the certification process). A PEFC label can only be included on a product where at least 70% of the forest-and tree-based material in that product is from PEFC certified sources and the remainder is from PEFC controlled sources, which exclude controversial sources.

“A Responsible Wood Label on a product ensures that it’s from an Australian forest and has passed through an Australian supply chain, so it’s Australian made and grown,” says Ross. “Whereas a PEFC claim could potentially be grown here, exported overseas and reimported back into Australia through a PEFC-endorsed process.”

How does it work?

“The international standard looks at things like legality within the country, so it’s very much intertwined with issues like child labour and so forth, which are incorporated within a forest management standard, in addition to the chain of custody standard.

“For Responsible Wood endorsement, it’s audited according to the Australian Standards. So that’s AS 4708, the Sustainable Forest Management Standard, and AS 4707, Chain of Custody for Forest Products as well. That’s one of the hidden gems in our scheme. Often people don’t realise that a Responsible Wood certified claim ensures that it only goes through an Australian supply chain.”

As part of that standard, it assesses and verifies the standards of all the member nations through a process of international endorsement and mutual recognition. Each member nation’s accredited standards development organisations ensure their own standards meet and exceed PEFC sustainability benchmarks.

Responsible Wood is currently in the final stages of revising AS 4708, which has been a multi-year process. “It’s also very much aligned with those UN sustainable development goals,” Ross says. “There are baseline requirements in about 11 different areas. It looks at biodiversity, social elements, harvesting and many others.

“Our role at Responsible Wood as the managers of the Australian standard is to develop that standard, endorsed by JAS-ANZ (the Joint Accreditation System of Australia and New Zealand), which meets the international requirements for PEFC, but which is also workable in an Australian and New Zealand context, because for the first time it’s a trans-Tasman standard.”

The standard development committee has involved multiple internal and external groups from Australia and New Zealand and has provisions to include environmental NGOs.

“It uses an ISO framework for developing standards and is open for commentary,” says Ross. “We’ve had hundreds of comments during our public consultation period for our new standard. Our CEO Simon Dorries has been working on it for over two years, so that’s a lot of meetings!”

Not only does PEFC make sure that its members meet the baseline requirements in the forest, all the different certification bodies that conduct the audits are assessed by third parties to ensure they’re accountable to different accreditation forums.

“In Australia, all the certification bodies that audit the forests or supply chains are endorsed through JAS-ANZ,” Ross says. “Other countries have similar bodies and in order to meet the requirements they must be audited against those as well. If they meet those requirements, they can be deemed to be an endorsed certification body for a PEFC scheme. So it’s a process of mutual recognition and international endorsements around the world, and they are subject to scrutiny from independent third parties as well. It’s quite a clean system in that manner.”

At the moment in Australia, those sorts of assurances answer the needs of customers looking for timber products that are sustainably and/or ethically sourced. In the future, with the likely imposition of carbon tariffs by a number of Australia’s major trading partners, Responsible Wood certification is a guarantee of carbon-friendly production, with PEFC forestry benchmarks including a prohibition on converting forests to plantations and illegal logging.

The entire system operates on a bottom-up approach, working with local industries and communities to apply the global standards and then supporting that local work with a globally recognised brand.

Frustratingly, adoption of the certification is still working its way through those chains here. “In Australia, more than 90% of commercial forests are certified under the Responsible Wood scheme,” says Ross. “But because it’s a voluntary scheme, the closer you get to the end user, the higher the drop off in terms of merchants, retailers and processors who take up certification.”

This is despite there being less work required at those stages. “The vast majority of work in certification is in the forest,” Ross says, “and as you work through the process, there’s gradually less intensive effort involved in getting certified because it’s all about verifying and validating that you are sourcing timber that is sustainable and from a sustainable source and that it’s travelled securely through its supply chain.”

Accordingly, Ross has been working closely with specifiers to raise awareness of the scheme. “We give a lot of presentations to architectural firms and bring those stories from the forest to the specifiers so that they’re aware of what goes into the label itself,” he says. “We get a strong response from specifiers. A lot of retailers are supportive of certification but they may or may not realise that there is chain of custody. Once you actually get specifiers aware of this and asking the right questions of builders, for example, it really does close a lot of those loops. We find that our specifiers are actually our biggest advocates once we educate them. And they help us with the merchants and the builders.”

The Responsible Wood team also works closely with the Green Building Council among other schemes to spread the word and is recognised in the Green Star system.

Ross says, “Our challenge around the world is to ensure there is more responsible forest management and to close knowledge gaps in the supply chain about what certification means as well.”

Caption: Three labels showing Responsible Wood and PEFC certification. The styles may be different, but each has details that will allow you to trace the sustainability claims.